Since buying the Porsche Boxster S, I had driven it for at least a 1000 miles in the last 2 years. However, I had never changed the air filter or the cabin filter. The Boxster was sitting for a few weeks in a dusty area in Texas before I got it, so I decided to do this change and reduce the smelliness in the cabin as well.

This is one of the easier changes to do in the Boxster and requires no tools. I recommend purchasing the Hengst Air Filter E458L (Figure 14) and Hengst Cabin Filter E951LC (Figure 17) for this task. These are the OEM filters that Porsche uses on the 986 model cars and it is best to stick to OEM versions for a perfect fit.

The first step is to open the engine cover for accessing the air filter housing. This procedure is standard for any 986 Boxster and is useful to know for any engine work that you may want to do in the future. Be cautious when you open the cover and remember to not break any parts that hold the cover in place.

Remember that the Boxster is a rear-engine car so all these steps are different from a standard front engine car.

Step 1: First close up the convertible top partially such that the front of the top is at least 10 inches away from the windshield (Figure 1) and the rear cover for the convertible top is open (Figure 2). Make sure your car is in parking gear and the e-brake lever is pulled up before you do this. 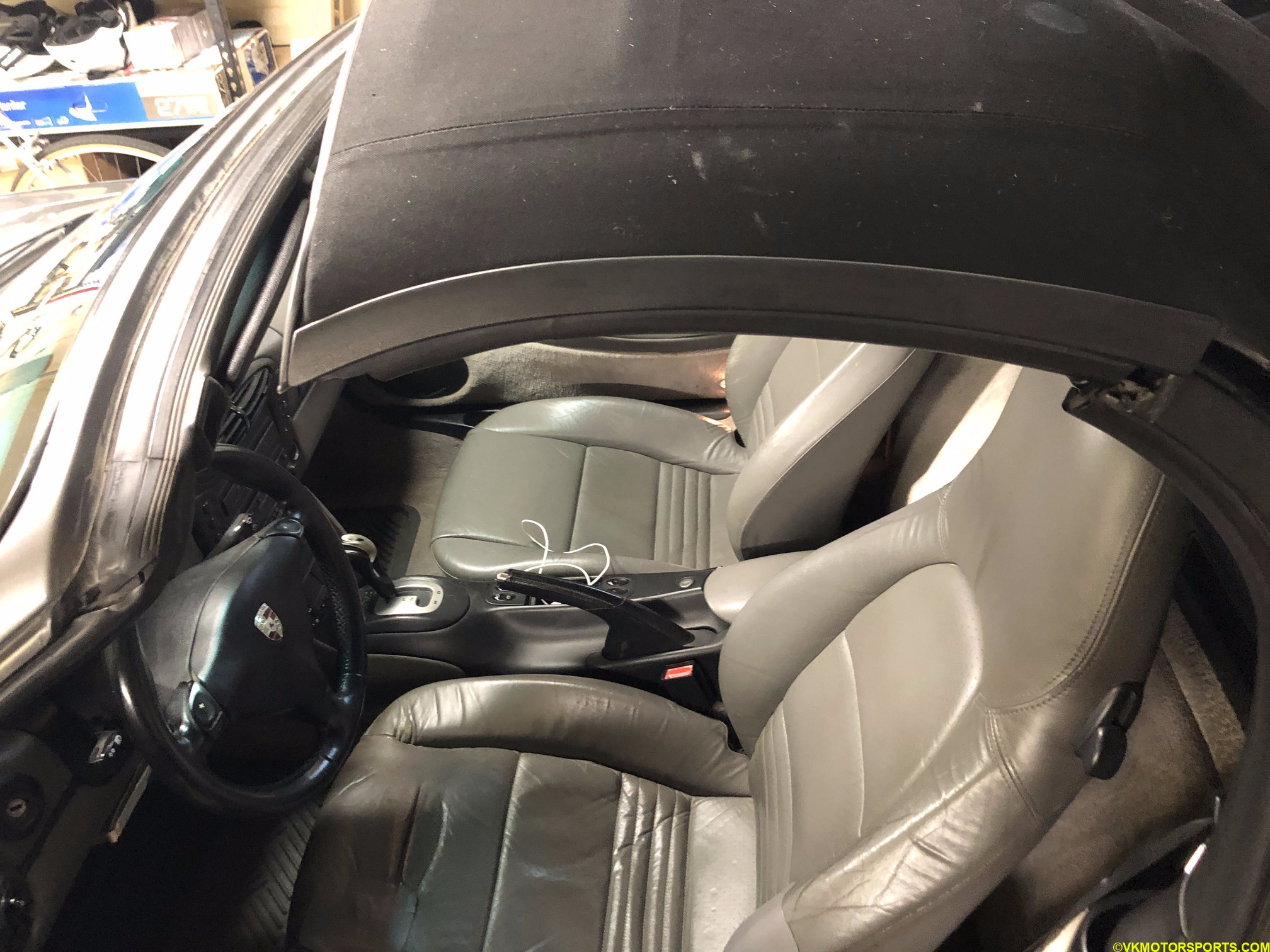 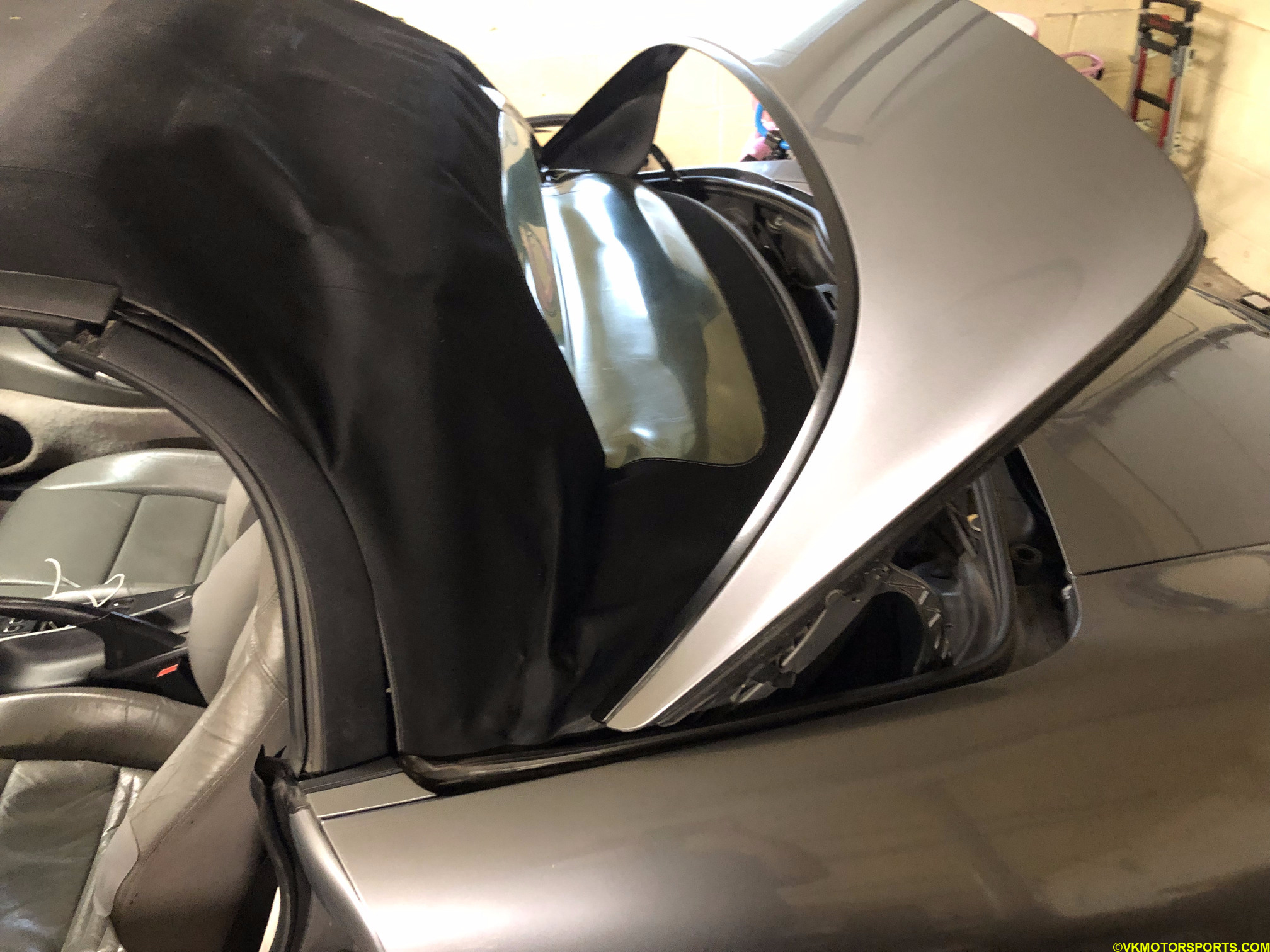 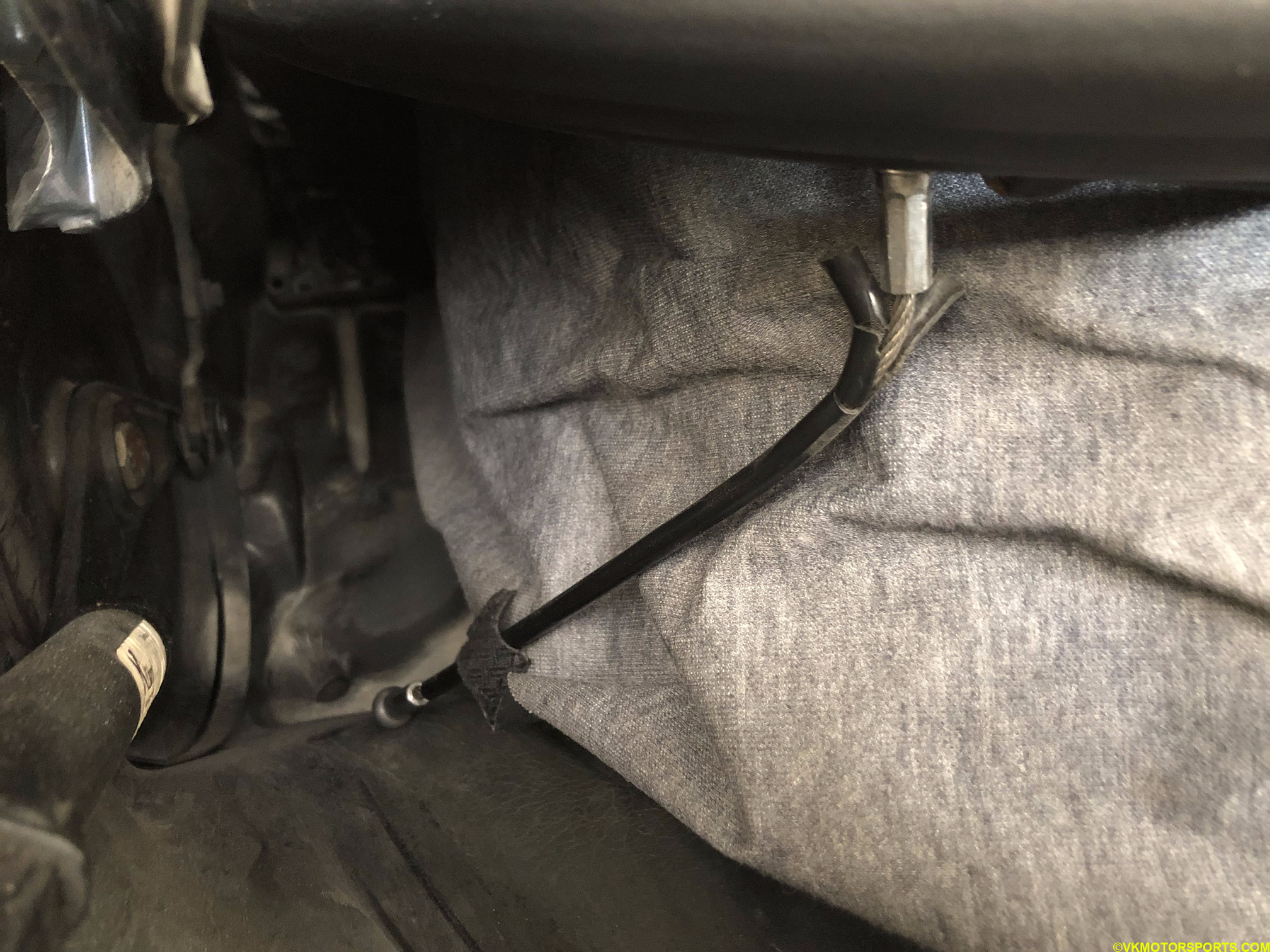 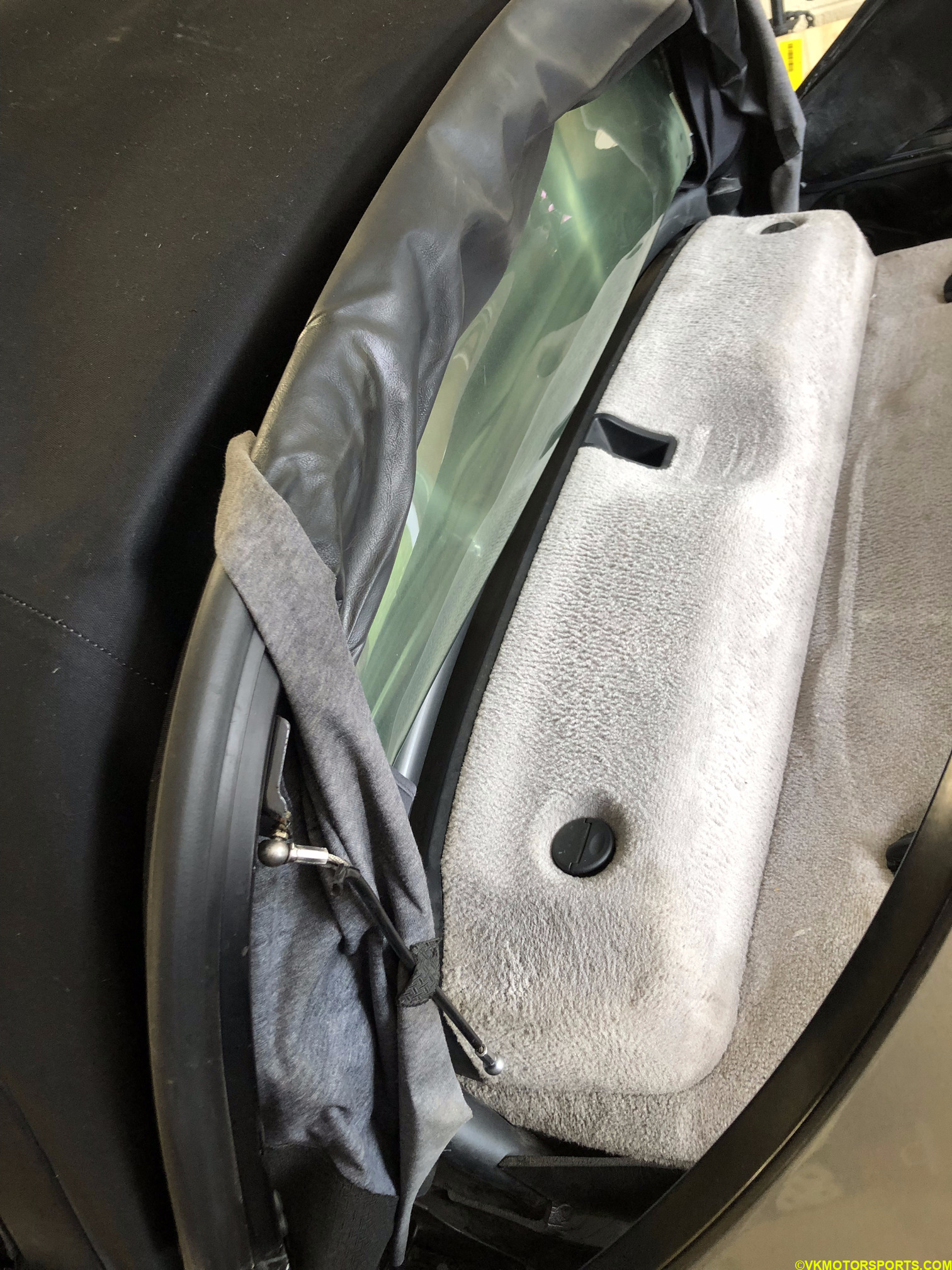 Figure 4. Fold up the top all the way 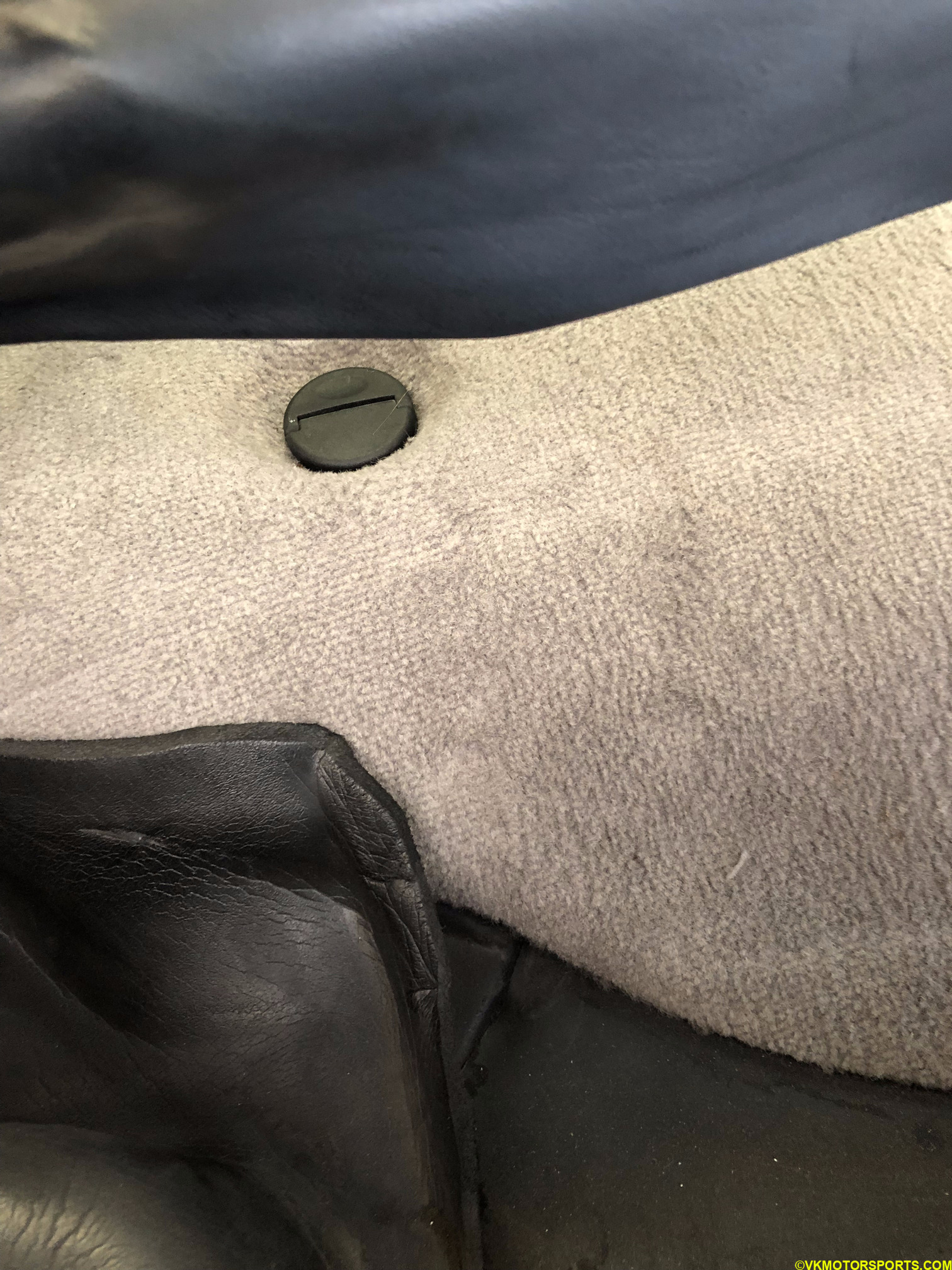 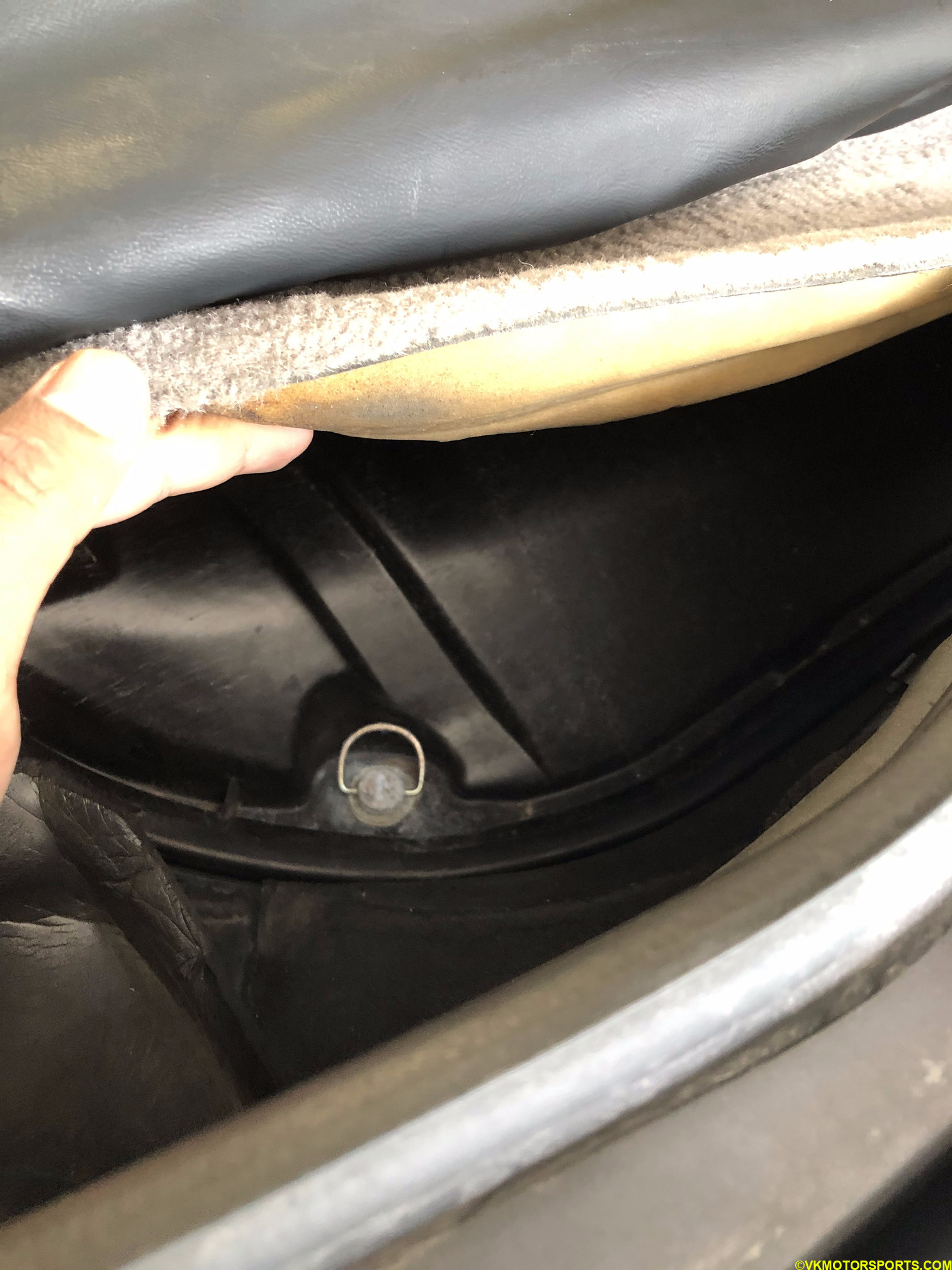 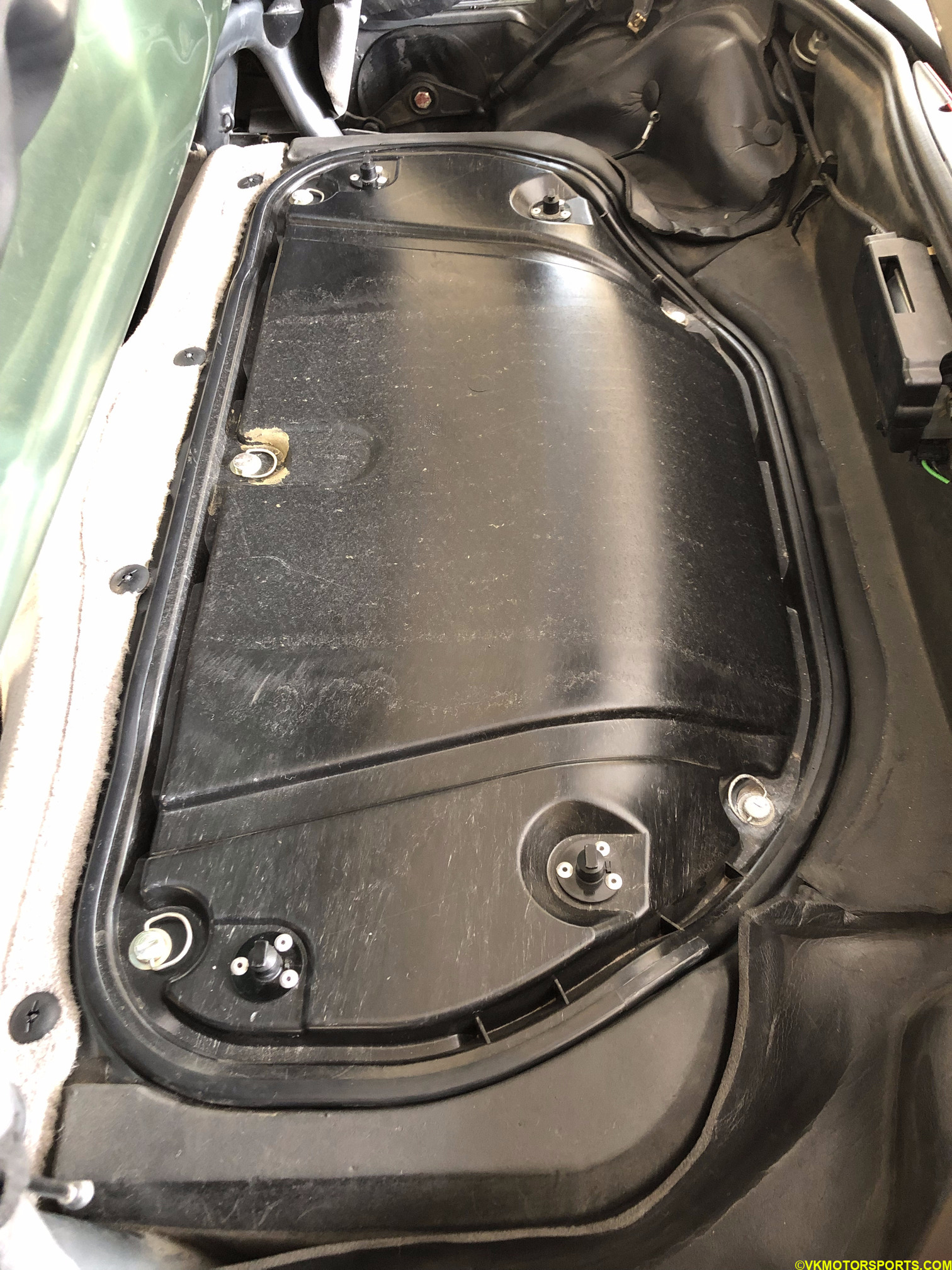 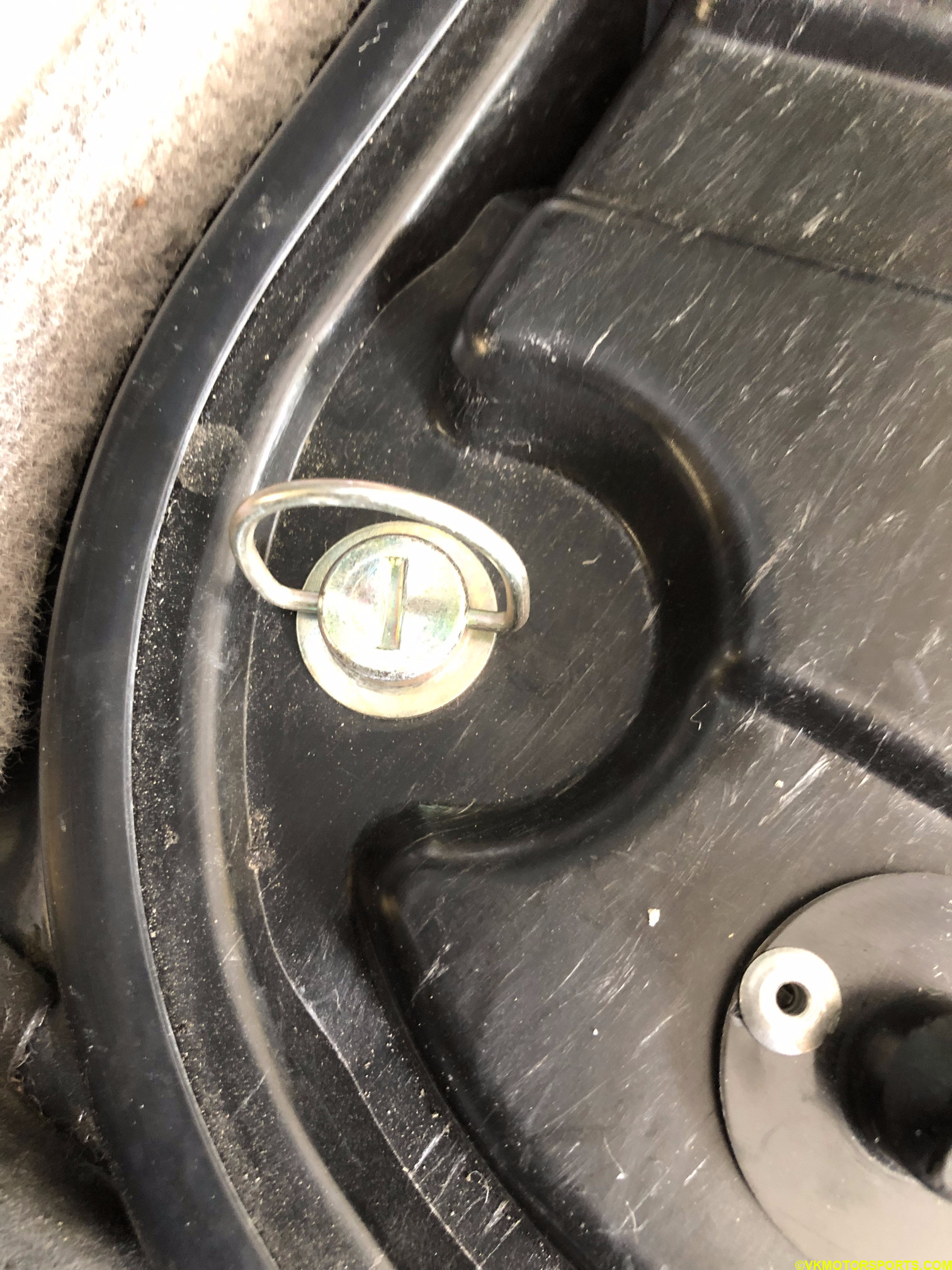 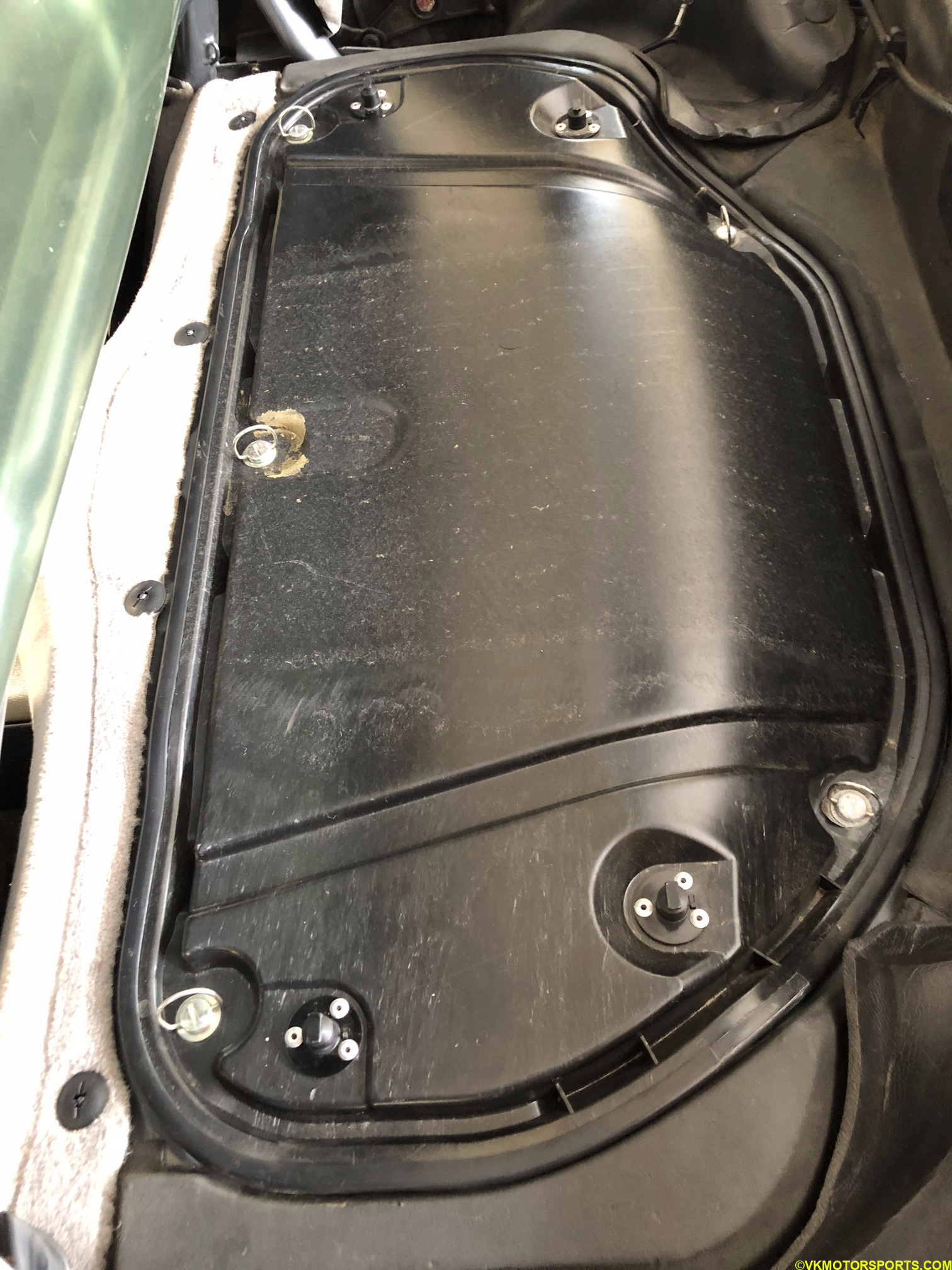 Figure 9. Lift all the handles up 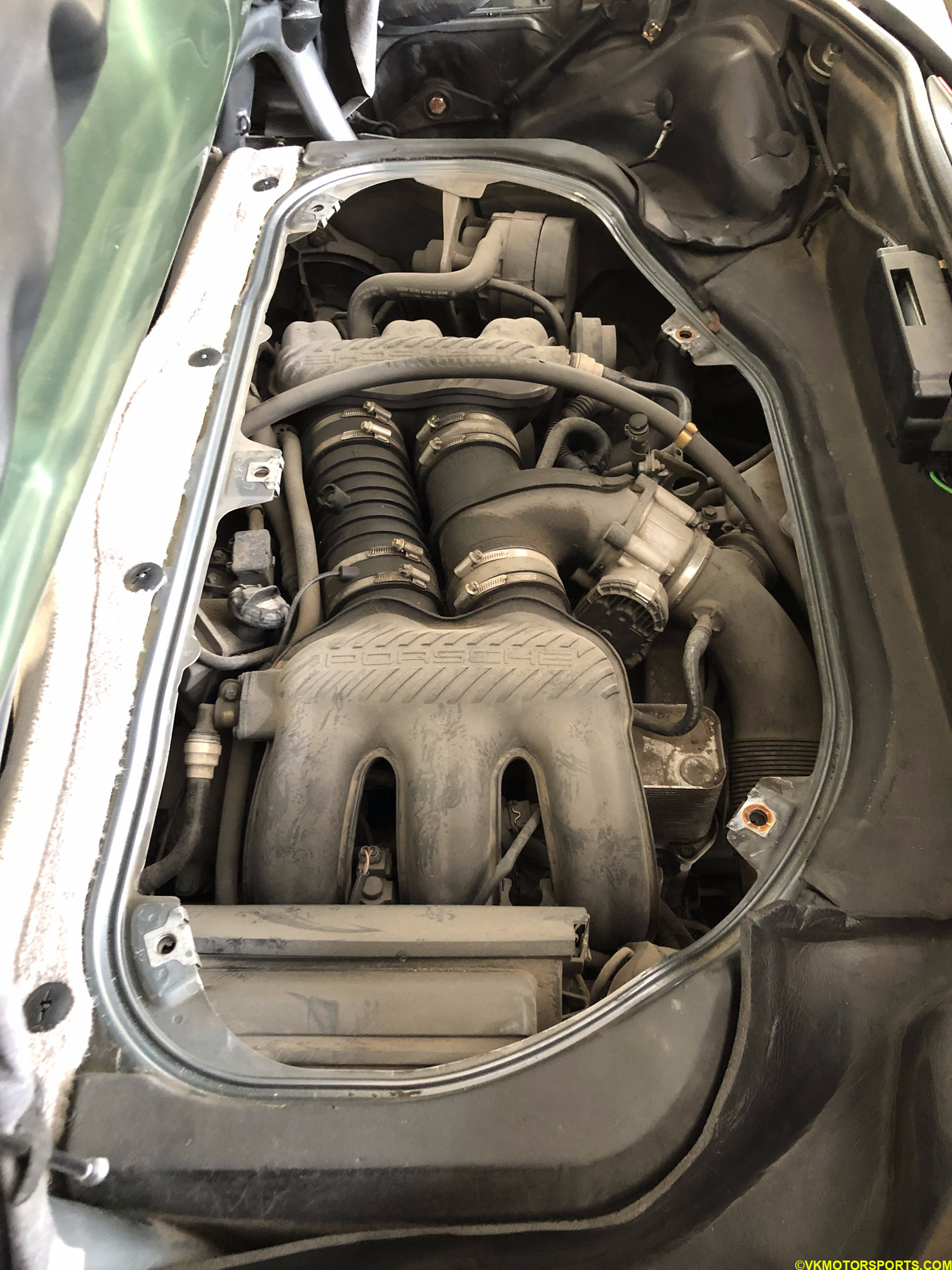 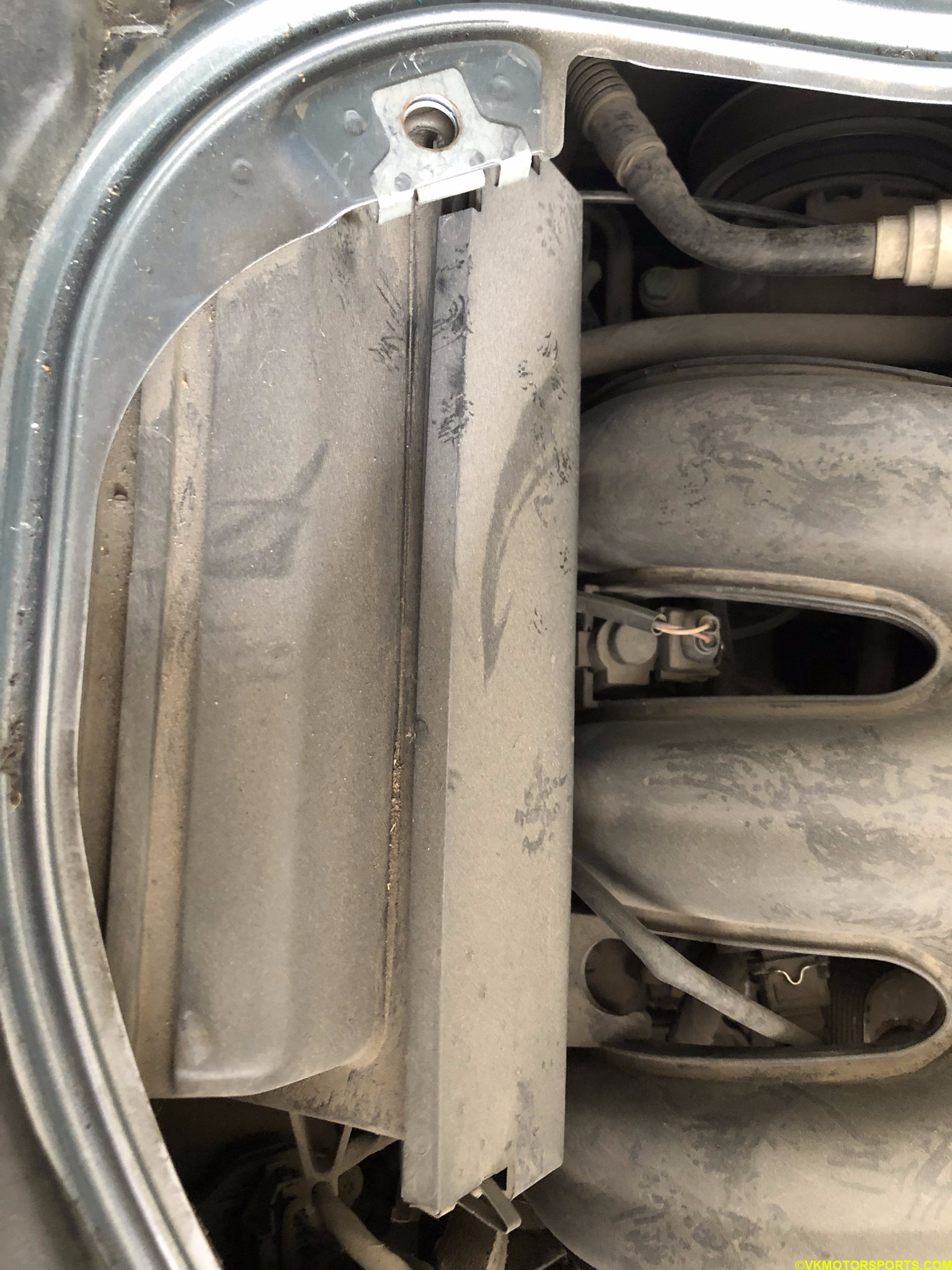 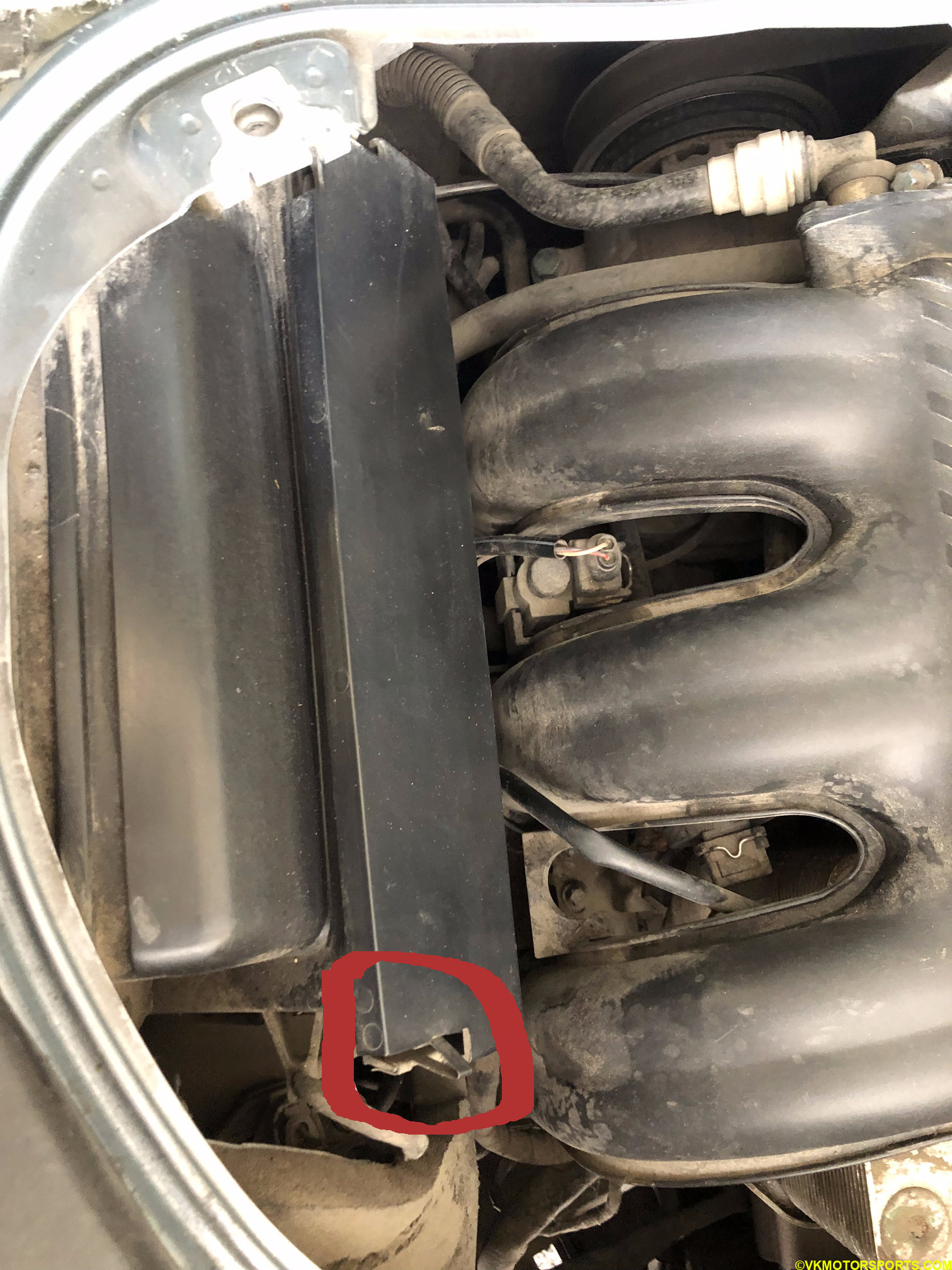 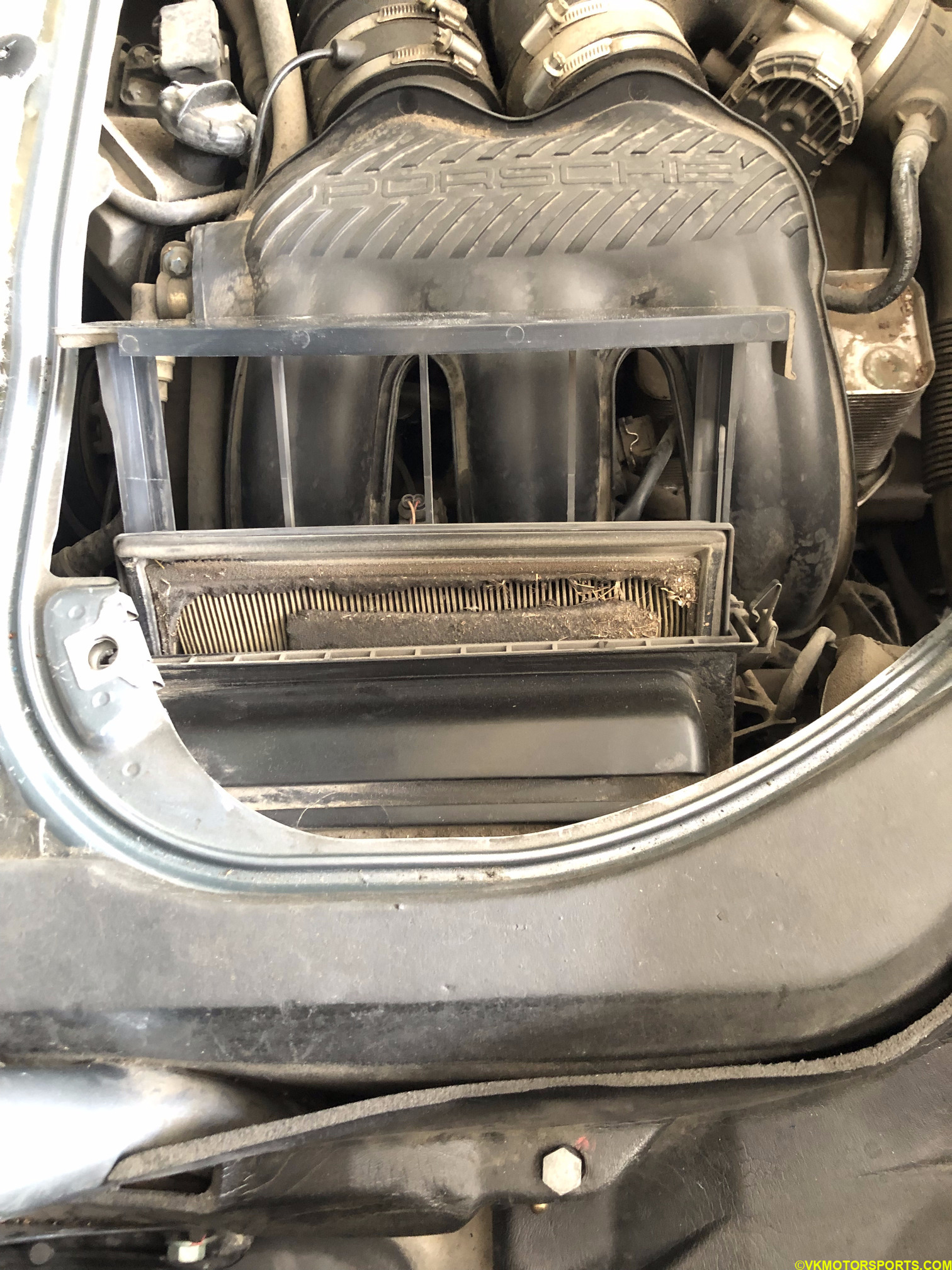 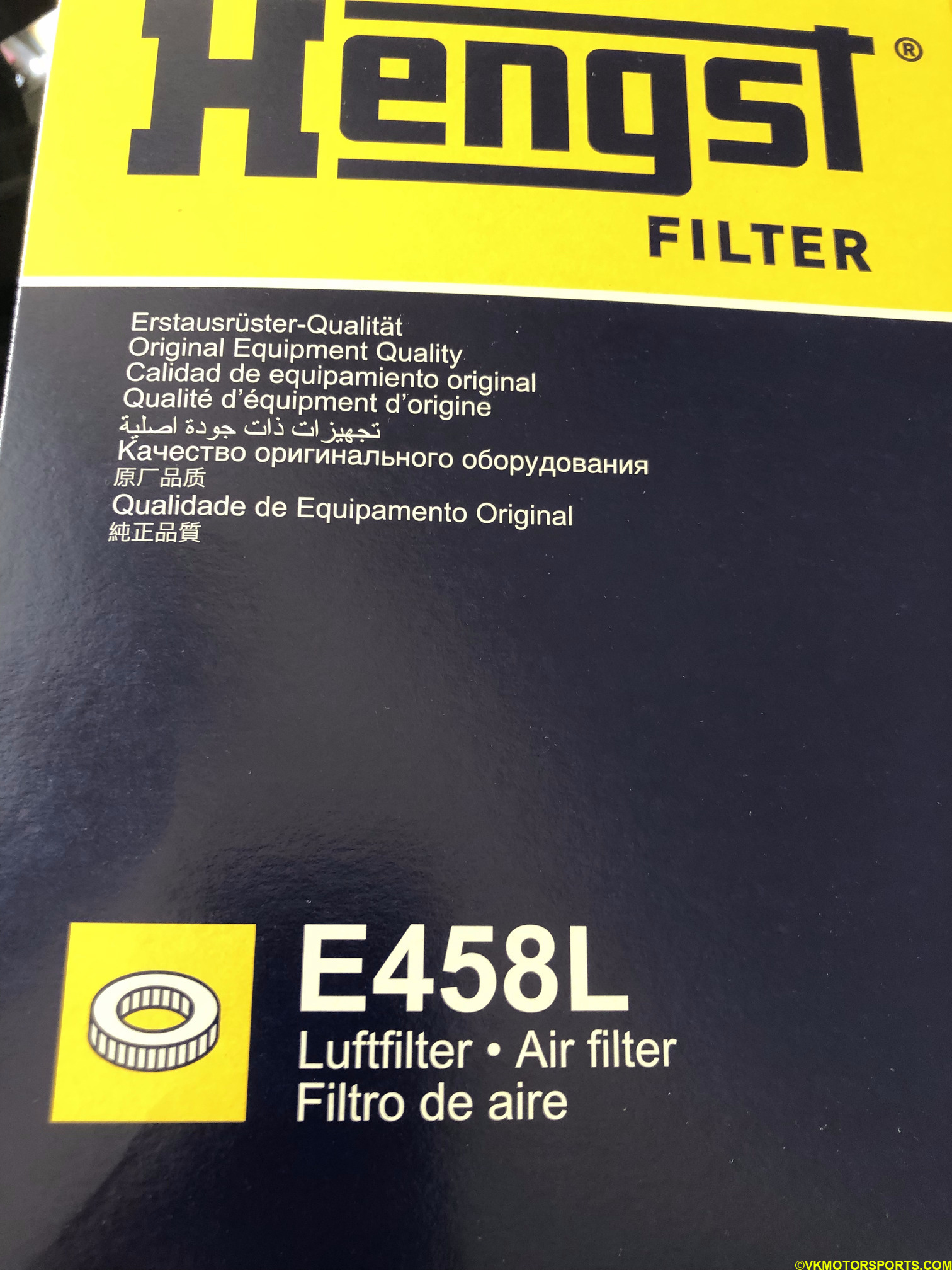 Step 7: In Figure 15, I compare the state of the old air filter with the new one and you can see very well that the engine desperately needed a new filter. This filter looks like it was not changed for the last 30,000 or more miles. An air filter change is needed every 10,000 miles. Since the older filter had a lot of bits and leaves in it, I had to use a vacuum cleaner to clean up the intake and remove all the bits and extra dirt. I recommend you clean up the intake to avoid garbage blocking it. 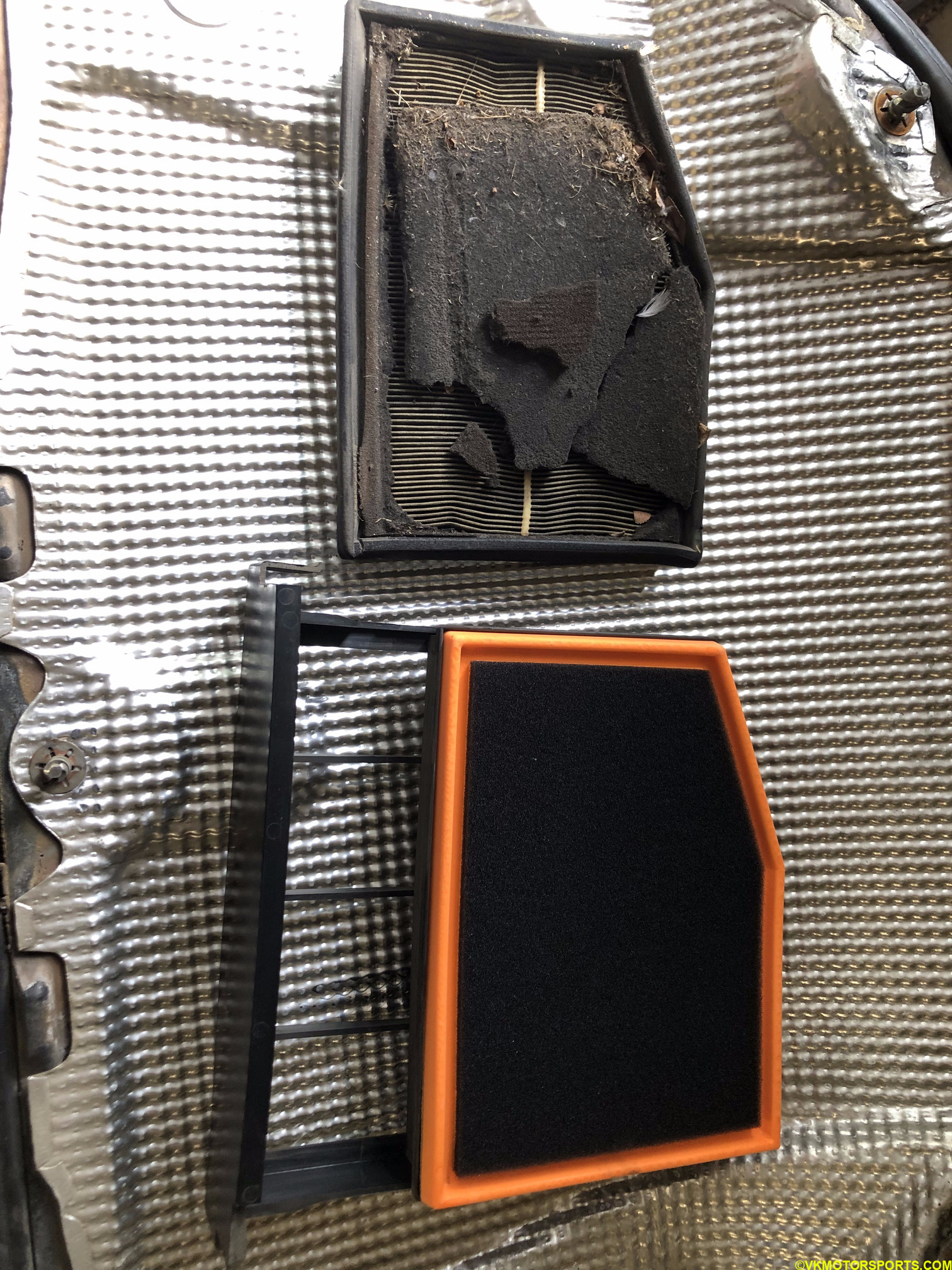 Step 8: Install the new air filter the same way that the old one was installed and push the filter housing back into place such that the clips snap and keep it in pllace.

Step 9: Install the engine bay cover and insert the 5 screws back into position the way they were in Figure 9. Push the handles back down and it should look like as in Figure 7.

Step 10: Then reinstall the carpeting and put the black tabs (or clips) back down as in Figure 5.

Step 11: Reconnect the latching cables as in Figure 3 and pull the top fully down. Now you can either fully close or fully open the convertible top and get ready to replace the cabin filter before taking the car for a drive.

Step 1: The cabin filter is present in the front trunk or frunk and is much easier to open. You will need a T-20 or T-25 torx screwdriver to open the cover if it is screwed in. In my case, this screw was missing so the cover came off easily. I removed the battery cover first and then this cover as shown in Figure 16. 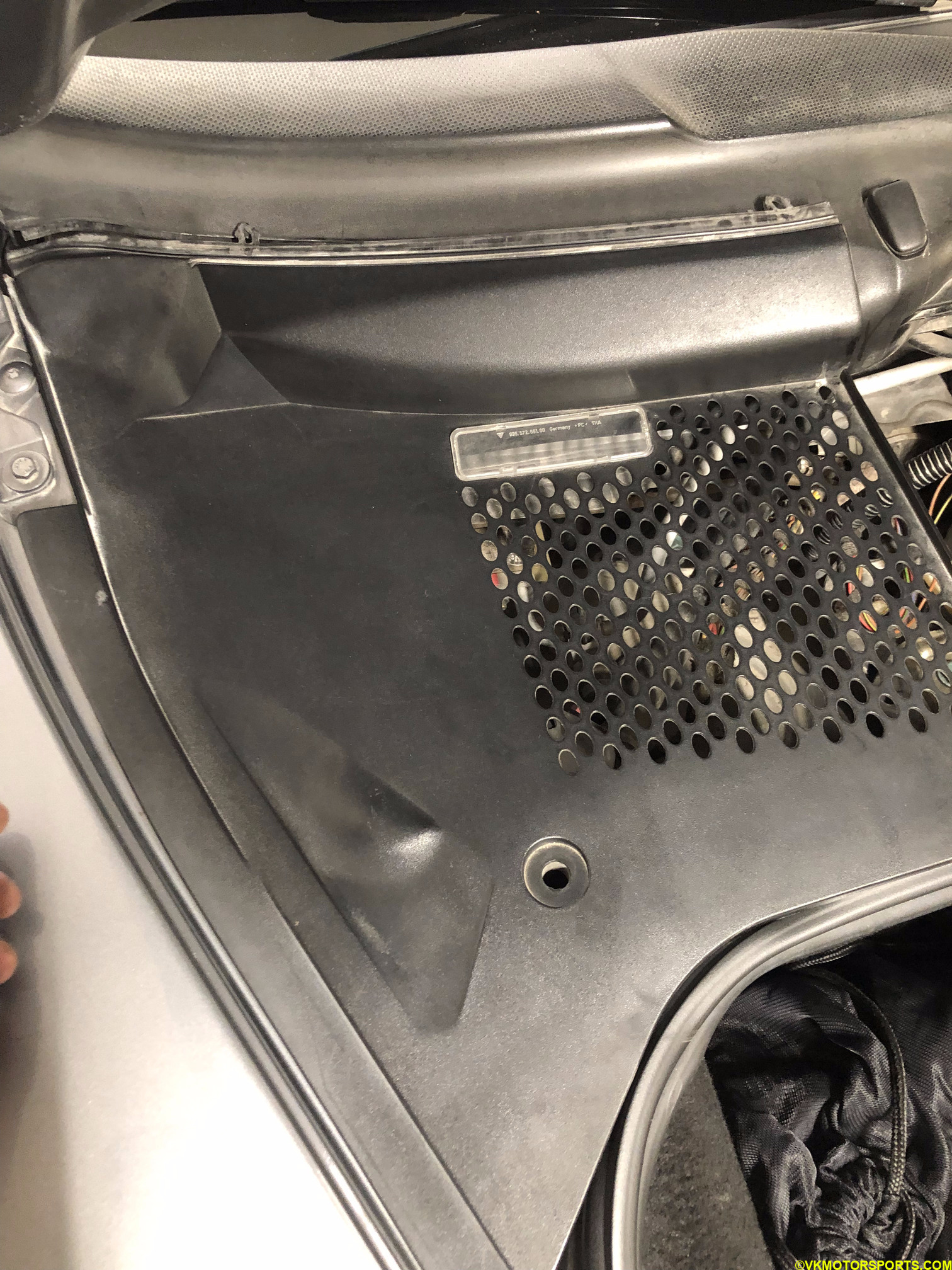 Step 2: I chose to use the Hengst Cabin Filter E951LC (Figure 17). Remove the old existing filter from the slot that is placed in (Figure 18). Note the direction of the air flow that the filter has. This is the same way we have to install the new filter. Compare the state of the old vs new cabin filter as in Figure 19. 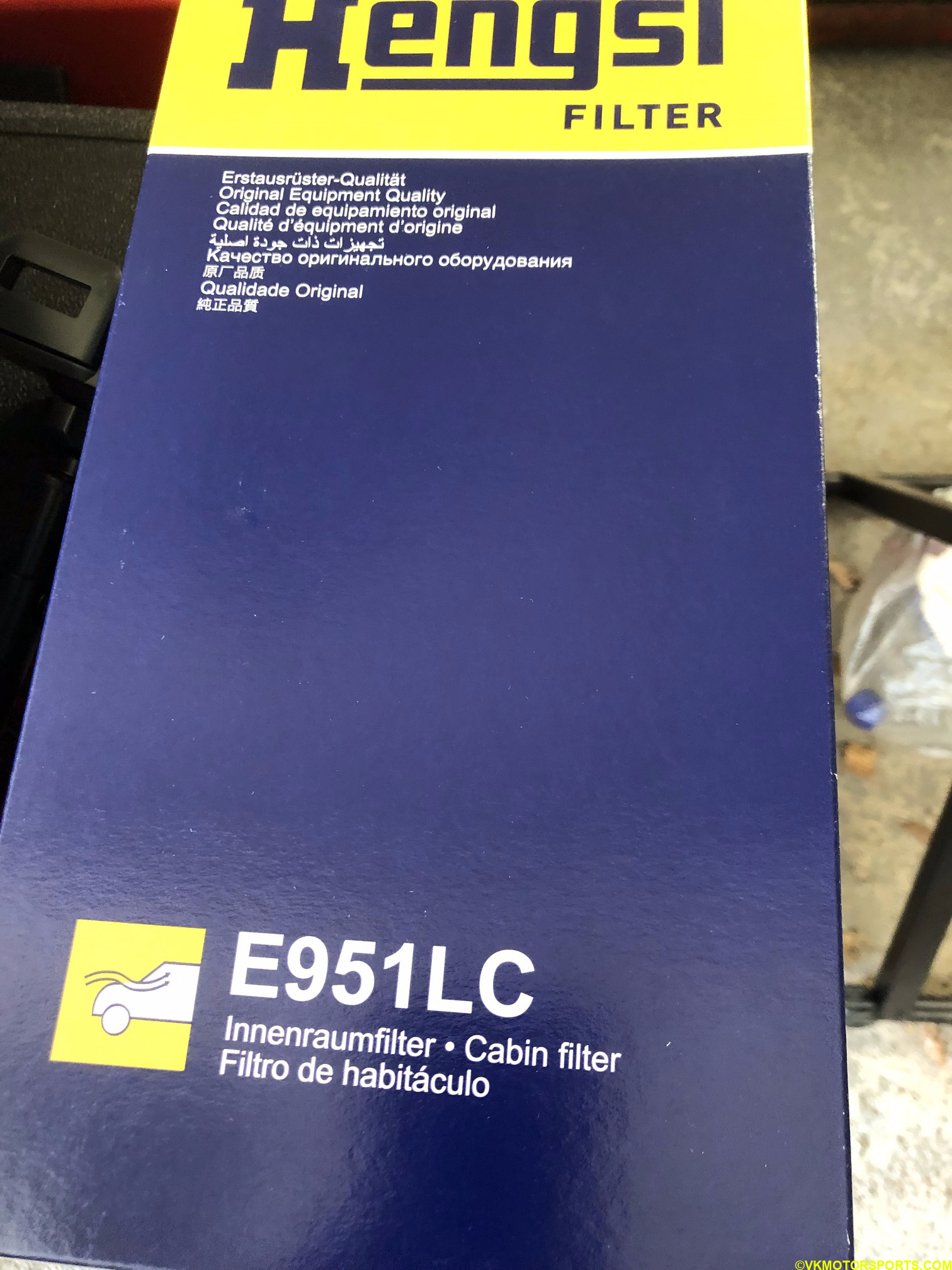 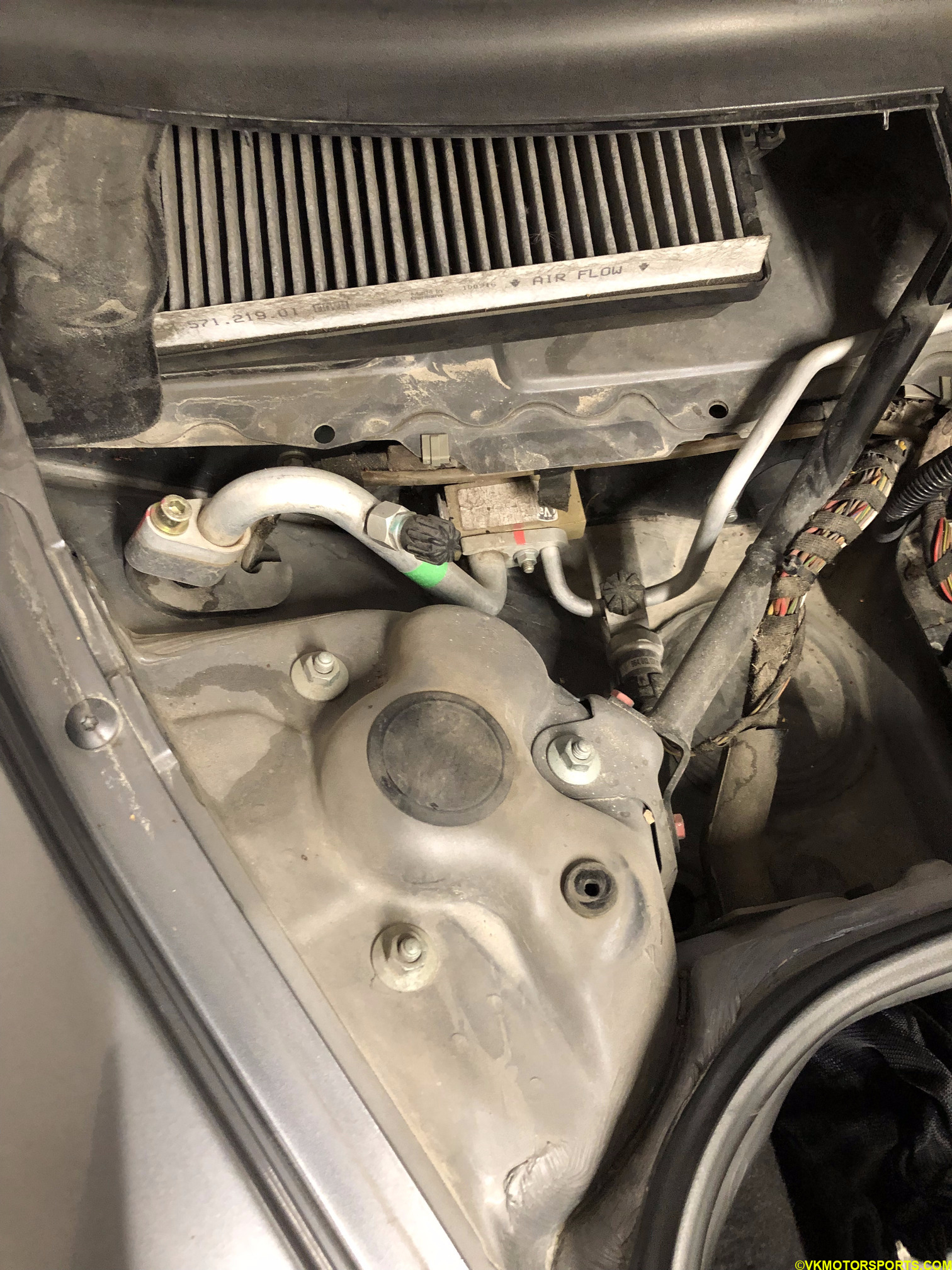 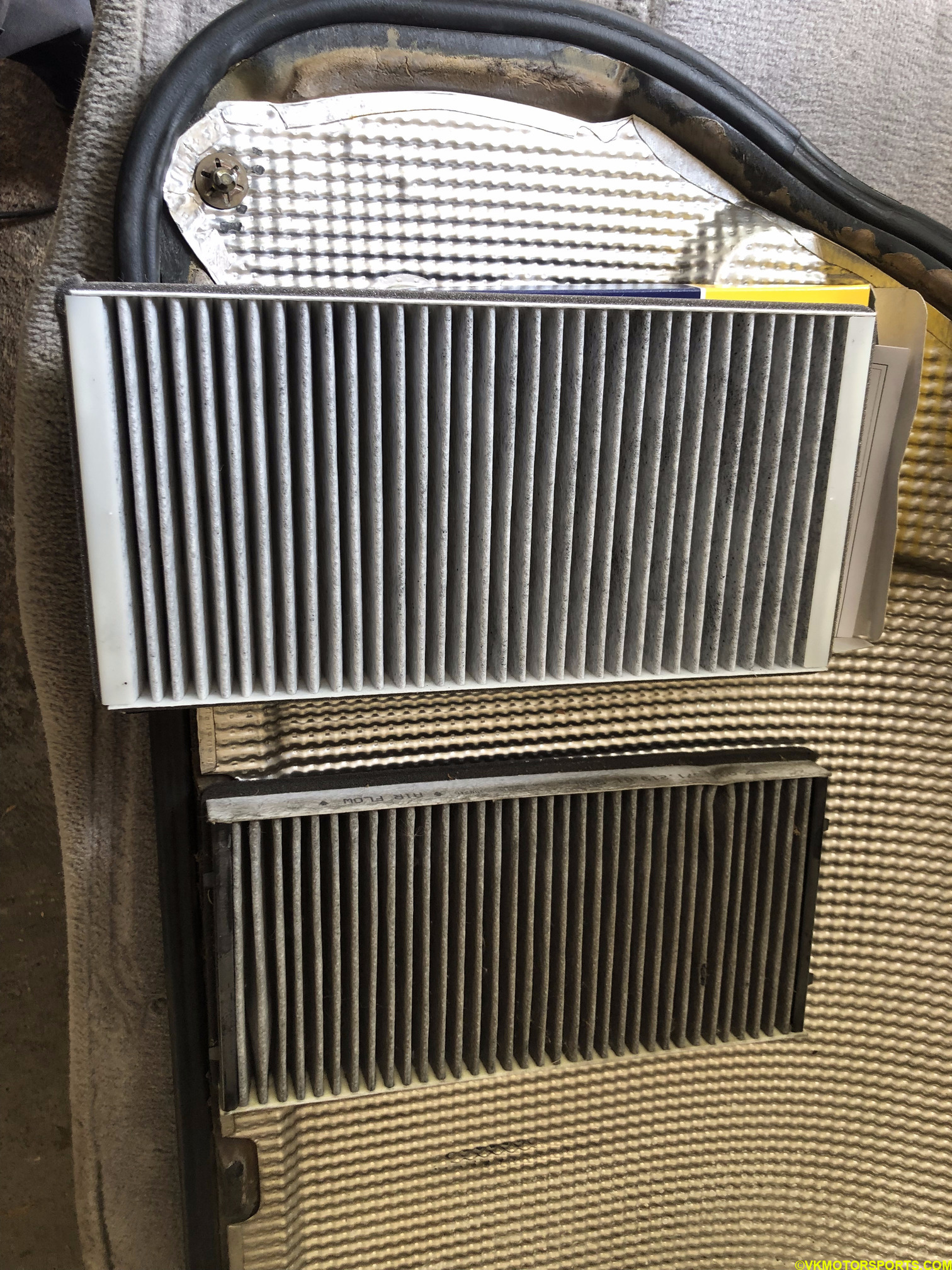 Step 3: Vacuum the area up to remove dust and leaves, if any, and then get ready to install the new filter. Make sure the direction is correct for the air flow and insert the filter the same way as the previous one was removed (Figure 20). 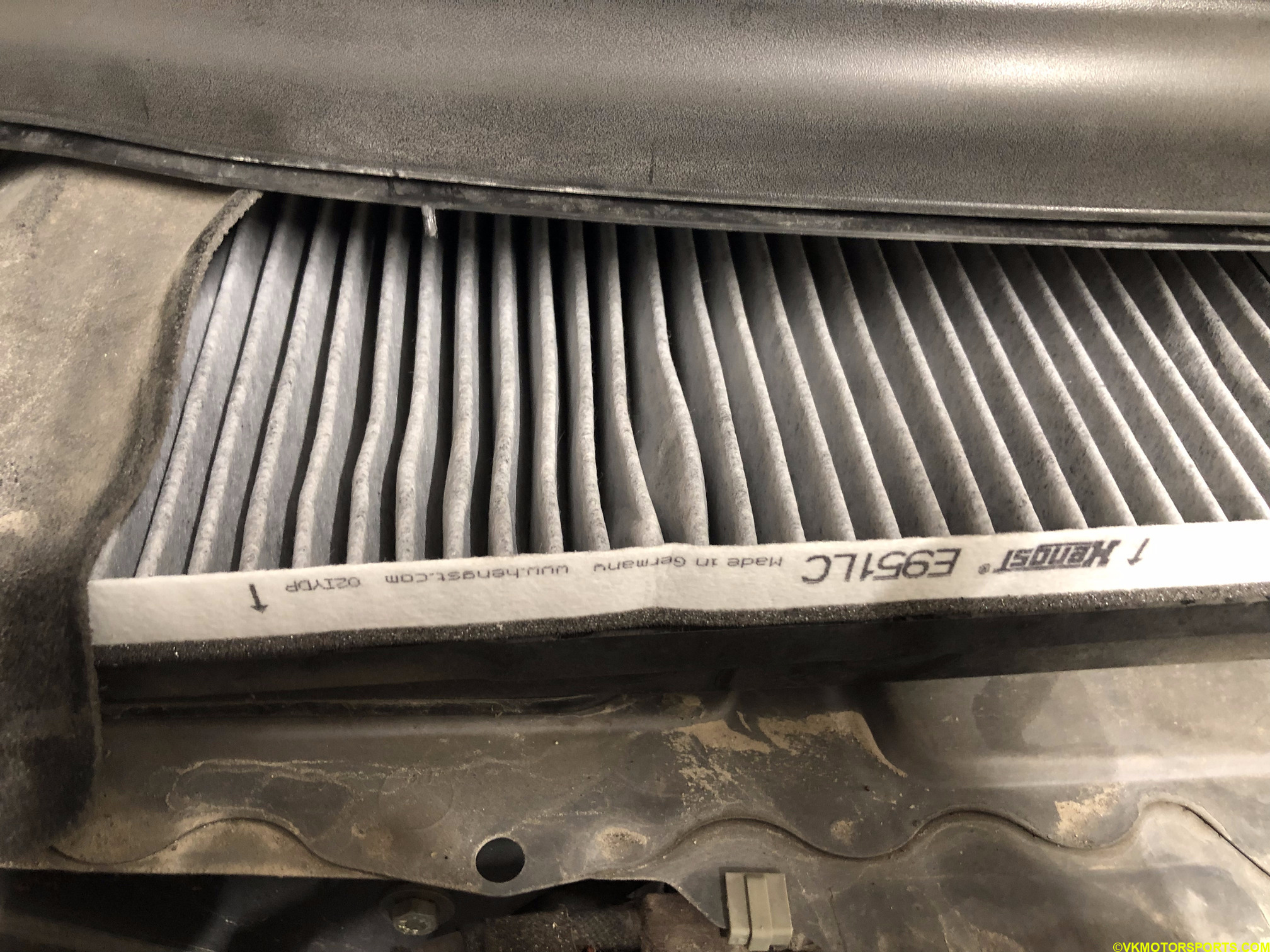